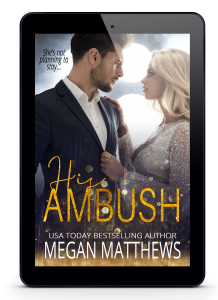 During her interview at Valiant Industries, Mackenzie Marshal finds herself drawn in by the sexy young CEO even after her embarrassing introduction to the company. When she’s offered a temporary job as his assistant rather than the marketing position she applied for, will she accept to gain experience at the state’s most resounding firm?

Despite his knowledgeable eyes and handsome face, Vincent is a demanding boss. Vincent’s brilliant business mind and callous behavior leave Mackenzie confused when she finds herself falling for her jerk of a boss. She quickly realizes she’ll risk everything for Valiant, from her career to her family, but will the risk be worth it.

Makenzie isn’t the only one intrigued. As the billionaire CEO gets to know his temporary assistant, he soon discovers he wants her more than just behind his desk, but on top of it, too. Vincent Valiant pulls Makenzie headfirst into his world, past his healthy stock portfolio, penthouse home, and growing business. He shows her passion and promises to give her the world.

But Vincent has a secret and when Mackenzie learns the truth will she stay or make a run for it?

His Ambush is the first book in a new enemies to lovers office romance. The trilogy will rapid release over the next three months. Mind the cliff.

The SEALS aren’t done yet, but there’s a new spin off series coming to Pelican Bay in early 2021! And Katy is finally getting a story!! 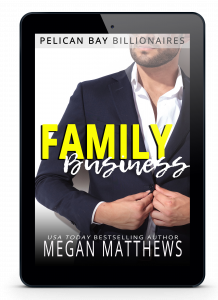 We’ve all heard the story. Rich jerk pays a hot chick to be his fake fiancé, and they fall madly in love. Let’s hope that doesn’t happen this time. When my cousin offered $2 million to a family friend, Mari Chambers, I thought he’d lost his mind.

Then I met her.

Mari… she hasn’t been in America in two years due to drama in San Francisco. Turns

out she’s been in Guatemala helping disadvantaged families. But her project needs more funding, and my cousin’s offer is the payday she desperately requires.
The kicker is I want to be—need to be—her knight in shining armor.

Mari’s about to find out my cousin isn’t the only rich Kensington.

The name Oliver Kensington isn’t synonymous with money, but that doesn’t mean my bank account is lacking. Rather than pursue the almighty dollar in America, I’m working on helping others in a big way. But first, I have to help myself.

What will my cousin do if I steal his fake fiancé right out from under him?

Make sure you’ve signed up to my newsletter so you get notified once these books go on pre order.